GEA has built a second freeze concentration line for Japanese dairy food manufacturer Meiji to provide high quality concentrated milk for use in the company’s range of premium milk-based beverages.

Both the lines use GEA’s latest IceCon® technology that incorporates a completely new type of hydraulic wash column for ice separation that achieves the product quality, the hygiene and the high throughput required by the company. According to Meiji the new system reduces investment and manufacturing costs and provides the company with first-class and premium product that would have been impossible to achieve using traditional evaporation technology.

In recent years the market for milk products has been declining but is now on the increase once again. The demand is largely for low-fat and calcium-enriched products, but customers want the taste of fresh raw milk, not milk that has been tainted by heat treatment. By using this new technology from GEA, Meiji is able to produce products with the freshness and natural flavor that its customers demand.

The Meiji plant is located on Hokkaido, the northern island of Japan.  The company is one of the largest dairy producers in Japan with a wide range of products including drinking milk, yoghurt, chocolate, infant formula and specialty products. The plant in Hokkaido concentrates skim milk to make it easier to transport to the company’s production plants elsewhere in the country.

In the past the plant used evaporation to remove water and increase the solids content. However, focusing on product quality, the company worked with GEA to develop an alternative technology that would achieve the throughput required while avoiding any effect on taste caused by the heat applied during evaporation.

The new system uses a three-stage, freeze concentration process to achieve the desired result. The milk is then pasteurized in the normal way before passing through the GEA IceCon® process to raise its solids level up to 33%, the highest level possible without risking any precipitation of lactose during transportation.

Ice concentration works by creating pure ice crystals in a liquid, then removing them to leave behind a concentrated product. The principle is well established, however GEA has developed and enhanced the IceCon® process to meet Meiji’s needs. A key element is the new hydraulic wash column that separates the ice crystals from the concentrate continuously. Rather than use a reciprocating piston to remove the ice, the new system uses pumps to create a continuous process that is more economic and efficient and meets the customer’s capacity and sanitary requirements.

The fresh taste of whole milk

By concentrating the milk in this way Meiji is able to create a product with a fresh taste that mimics the mouth feel of whole milk, but with less fat.

Dr. Tetsu Kamiya Manager of the R&D Strategy Group at Meiji R&D confirmed that the milk flavor and its nutritional value remain unaffected by the process. “This is impossible with an evaporation system,” he said. “We believe that this high quality product makes us competitive in the Japanese market.” 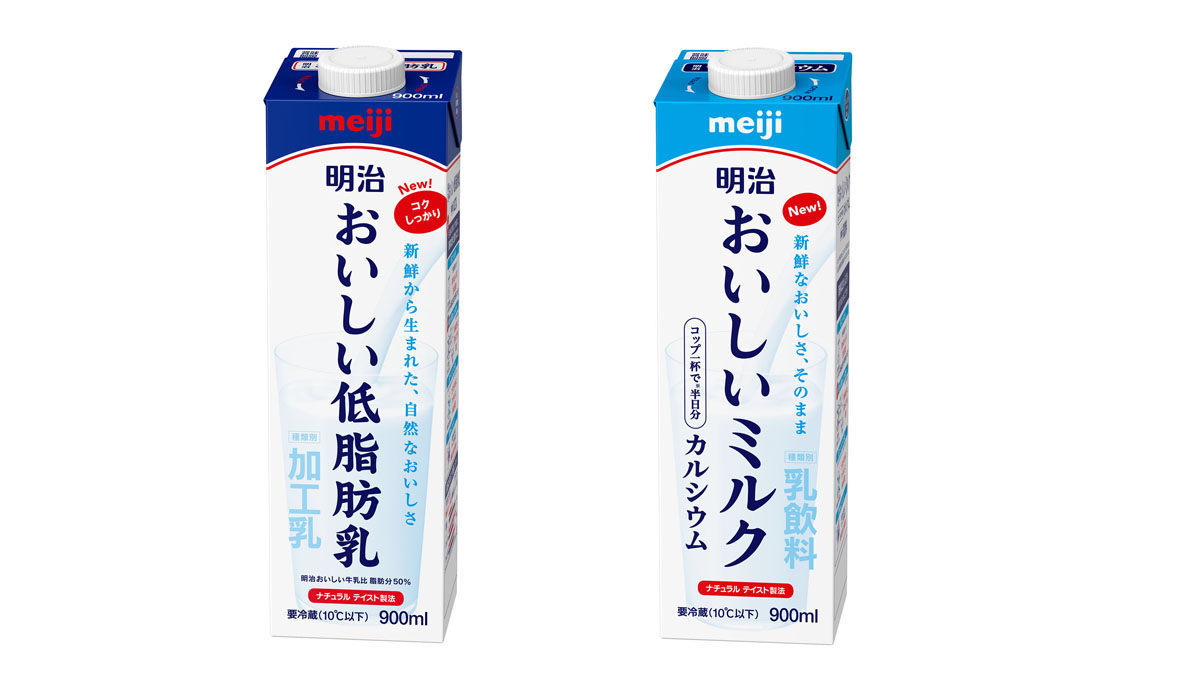 There are cost savings too. As the product is kept at sub-zero temperatures inhibiting bacterial growth it’s been possible to reduce CIP (Clean in Place) reducing the downtime, and overall chemical and water usage. “This has a huge impact on the operating costs,” said Dr. Kamiya. Heat integration is also used to further reduce the cost of the plant.

The equipment is also more compact so the buildings can be smaller and the cold water from IceCon® can be reused in the pre-cooling process. “The total cost is less than with TVR and similar to MVR,” he continued. The cool ambient temperatures in the north of Japan, especially in winter, also contribute to making the IceCon® process more cost effective than evaporation.

Nobody believes this, but it’s true; this is a revolution for the dairy industry.”
– Dr. Tetsu Kamiya, Manager, R&D Strategy Group, Meiji

Jan van Esch, GEA Product Manager for Freeze Concentration and Melt Crystallization explained that GEA engineers completely redesigned the wash column for this application. “We have doubled the throughput with the same size of equipment by using hydraulics rather than a piston” he said. “This has never done  before, so we believe this is the first plant of its kind in the world. We have taken the concept from an initial pilot to a serious industrial scale looking carefully at the design and making changes to maximize efficiency.  During the whole time we worked closely with Meiji who were extremely supportive and maintained a very positive attitude. We are delighted with the result that we believe sets the standard in wash column technology.”

In the project execution, both project managers and engineers from the freeze concentration technology center in the Netherlands, as well as GEA Japan were involved. This close cooperation and team effort resulted in several improvements in the second line with smooth commissioning and start-up.

The patented GEA IceCon® removes pure water by freeze concentration. This ensures that all original product characteristics remain in the milk.