Since late 2013, the pale lager Miller Lite has been produced by Cervecería Hondureña. GEA Brewery Systems has carried out the technical modification of the plant in San Pedro Sula (Honduras). 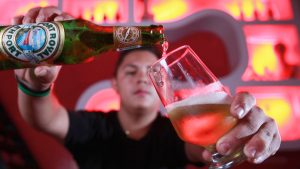 The only brewery in Honduras, Cervecería Hondureña, was established in 1935 after the merger of Compañía Industrial Ceibeña (1915) and Cervecería Unión (1928).

The brewery can produce up to 1.5 million hectoliters of beer and has a market share of 95 %. In 2001, it became part of the world’s second largest brewery group SABMiller.

The special challenge in this project for GEA was to integrate an almost completely automated process in a manually operated cellar. The contract scope included the engineering, the components (valves, pumps, instrumentation, electrical hardware), electrical and mechanical site management, software and commissioning.

GEA Brewery Systems took over the overall project management of the companies involved, namely Cervecería Hondureña, GEA Westfalia Separator and Pentair. The excellent cooperation of these parties was the key to a very positive project execution.

State-of-the-art in the cold process area 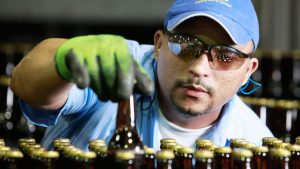 In order to meet the technical requirements of the Miller Lite concept, some modifications had to be made in the existing fermentation and storage cellar. The existing pipe fence was equipped with some swing bend panels in order to enable the necessary routing for the specific brewing process of Miller Lite.

Furthermore, four dosing units were installed, including one for Tetra hops. In addition, a centrifuge, a beer cooler and a trap filter were integrated into the process.

The capacity of the water deaeration equipment in San Pedro Sula was not sufficient for the production of Miller Lite. Therefore, a new water deaeration tank was connected to the existing system via a distribution matrix with GEA double seal valves and pumps.

Sensitive measuring equipment is used in the whole process. The product is very sensitive to oxygen, so it was important to avoid oxygen uptake.

Process control technology from the specialists
Another key to success was the process automation. The Miller Lite production process required modifications in the existing process flow of the brewhouse, fermentation and storage cellar including CIP system, water deaeration system up to the filter including filtrate CIP. Especially for the integration of filtration system, the entire experience, flexibility and individuality of the GEA automation specialists was required. In the area of the fermenting room, the first operator PC was installed and put into operation, because so far there had been only a control panel for the CIP system.

After only four months of installation, commissioning and production time, the first Miller Lite beer was ready for bottling. For tasting and approval of the first Miller Lite, two SABMiller specialists came from the U.S. to the brewery in San Pedro Sula. Everyone was eagerly waiting for the judgement of the experts. Their statement decided whether the beer would be bottled or had to be destroyed. There was a big sigh of relief when a loud “That’s great!” was heard.

We are proud of this project and would like to take this opportunity to thank the team of Cervecería Hondureña for the very good cooperation!